After a good begining at the World Championship in Falun (SUE) with a 13th place on the Normal Hill / 10 km, François Braud and his French Teamates take the 3rd place and the Bronze Medal in Relay.

Vincent Descombes-Sevoie is in Falun too. 29th on the Normal Hill, he finishes 8th with the mixed relay.

In U19, Emily Battendier realize some great races, 6th on the Individual, 17th on the sprint and 5th on the pursuit.

In U21, Julie Chenevoy finished 25th on the individual, 23rd on the sprint and 10th on the pursuit.

Back after physical problem, Jonas Devouassoux finished 6th to the first race organize in Tegernsee (ALL).

Guillermo Fayed and Blaise Giezendanner were in Saalbach, on a very difficult downhill, he finished 11th for the first and 27th for the second.

To note, Blaise realize his first Top 30 and he takes his first world cup point

Cédric Amafroi-Broisat participed to the handiski European Cup in Sella Nevea (ITA), he finished 7th to the Giant and 5th to the combined.

In the same week, he take the start to the French Championship on Super-G where he won the race.

Good news for Cédric, from February 28h to March 10th in Panorama (CAN) he will participe to the Handiski World Championship

Damien Tarantola was in Campra for the OPA Cup. He finished 6th to the 15 km Classic.

Les Chamois lost the 3rd game to the 1/8 final in Dijon and were eliminated.

Ambroise and Théo were representing Chamonix for the Junior French Chamnpionship. They won the Cup after beat Viry in final.

National U14 Championship took place in La Seigne (Doubs - 25), Dolma Annuliero finish 4th on the biathlon, only 6 second behind the first. 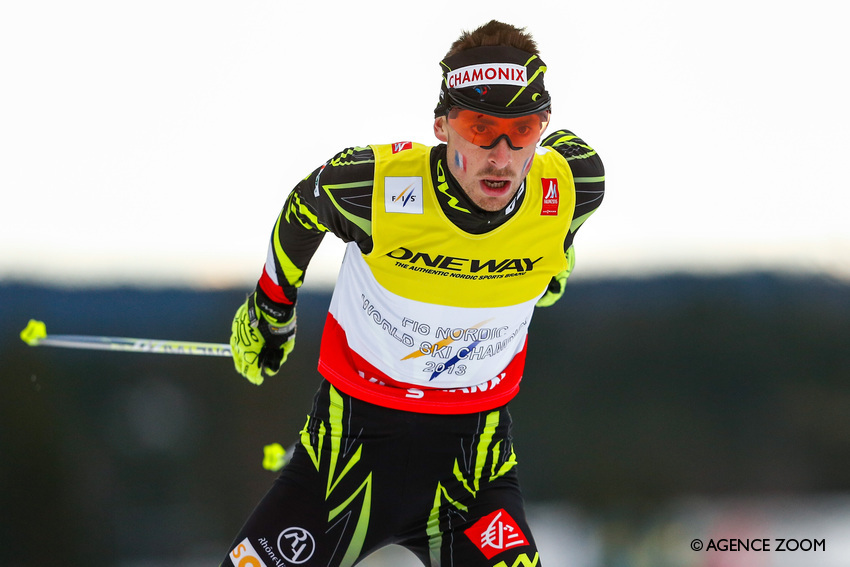